When people in the UK talk about roulette, the European version is the variant they are most likely thinking of.

This has become the staple roulette offering for casinos in this country, and although it is often credited with being the original version of the game this is not true; French roulette takes the credit for that.

Whereas American roulette has a higher house edge and an extra space on the wheel (the double zero), and French roulette comes with the en prison and/or la partage rules that can cut the house edge in half on some even money bets, European roulette is a happy midway point offering fun and value in equal measure.

It’s a very simple game to learn and play, with set payout ratios for all bet types regardless of how much is being bet, which makes it perfect for both high rollers and those on a budget.

Essentially, it’s a game of chance where the player must predict which number on the wheel the ball will land on. However, there are many different bet types that all have slightly different levels of risk associated with them, as we will cover in detail below. 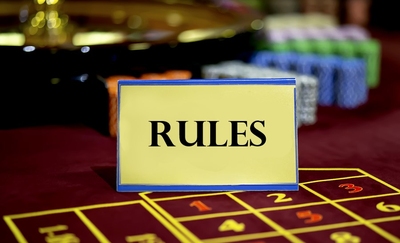 When approaching a European roulette table, the first thing you need to be aware of is what stage of gameplay is currently going on. It’s best to wait for a new game to start to avoid accidentally upsetting anyone, so providing you already have your chips, just hang back and wait for the dealer to announce, “Place your bets”.

The dealer will change money for chips if you ask them too, just be clear on what size chips you want.

Once betting is open you can place your chips anywhere on the board, but be sure you are clear about this to avoid any unpleasant disagreements later on.

If you change your mind you can add to your bets or adjust them, but once the dealer calls “No more bets” the window for this is closed, and all bets on the table stand as they currently are. The dealer will not wait for everyone to make their minds up either, so don’t dawdle.

The game begins with the dealer spinning the wheel then releasing the ball (this is usually when betting time closes), which will bounce around the wheel until it eventually comes to a stop in one of the pockets, thus deciding the winning number and ending the game.

At this point the winning number will be announced and marked, and the dealer will collect all losing bets and pay out all winning one. It’s important that you don’t touch any of the chips until this process has been completed or you might get told off, so if you have won you must wait for the dealer to pay you out before collecting your chips.

After this you can play again or walk away, it’s up to you. There is no time limit to how long or short your play session should be, although there will be table minimums and maximums so be sure not to try and bet too little or too much. These will be clearly signed.

Anyone playing online can ignore the majority of these rules since there is no dealer and no time limit, so you can even make a coffee half way through placing your bets if you like and carry on when you come back. Any winnings are automatically credited so you don’t need to worry about missing the result either.

There are twelve different types of bet you can place on a standard European roulette table, and they are explained below along with a visual representation of how you might place your chips to make one of these bets.

Note that bet numbers 3 and 6 are essentially the same as bet numbers 4 and 5, but they are placed in a slightly different way because of the layout of the board. The payout and odds of winning are the same though.

Bet types 1-7 are known as inside bets, and these are generally accepted to be the riskier bet types, as fewer numbers are covered so the chance of losing is higher. Bet types 8-12 are known as outside bets, and are generally accepted to be a bit safer because you are covering either 12 or 18 numbers on the board, so your chances of a win are higher.

These payouts and probabilities are the same however much you bet on them, but of course the amount you receive if you win will be different from someone who placed a bet of a different amount. 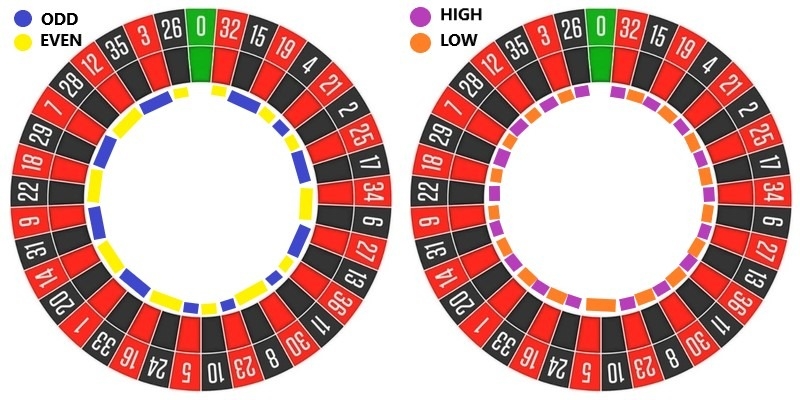 Contrary to what people might believe, the numbers on a European roulette wheel are not just scattered in a random order, even though it may look that way.

On closer inspection you will notice that they are evenly distributed around the wheel so that none of the outside bets have their numbers clumped together, which would make one particular part of the wheel favour them.

For example, if numbers 1 to 12 were all next to each other, then a first dozen bet on those numbers would cover almost one third of the area of the wheel in a single block. Anyone watching the dealer could learn how many rotations of the wheel they they typically send the ball on before it comes to rest, and try to bet accordingly. With the numbers evenly spread out this is not possible.

This proportional spread also makes the game more fun because the player is kept guessing until the very last second as to which pocket the ball will land in.

The same is true for the dozen and column bets – they are spread out evenly.

This means that all outside bets are equally represented on all sides of the wheel, and therefore there is no area of the wheel that shows significant bias to a specific outside bet.

For inside bets, only a handful of numbers are covered so the order of the wheel doesn’t impact them in the same way.

You might find the numbers facing outwards on some roulette wheels (although inwards is more normal) but this doesn’t make any difference to gameplay or the eventual result. 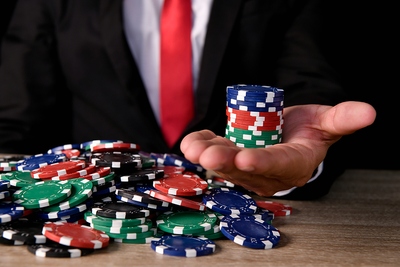 Just like any other casino game, European roulette has an edge built in to ensure the casino make a profit.

The house edge for European roulette is 2.70%, exactly the same as for French roulette but half that of American roulette which uses a double zero as well as a zero pocket.

The house edge is actually provided by the zero, which can be demonstrated by looking at a bet on both black and red. Doing this would be pointless because, assuming you win, you would get back the exact same amount as you put down, since the payout is 1:1 and one of those bets would definitely lose. But bear with us.

There are 18 black numbers, 18 red numbers, and 1 green zero on the wheel. So if you had bet on both black and red you would have covered 36 of the 37 numbers and have a 36 in 37 chance of winning.

So in effect, each slot on the wheel is worth 2.70%, and since the ball landing on green zero would lose both a black and a red bet, the casino has their edge.

Let’s look at a similar idea but using a straight up bet.

Notice how a casino pays out 35:1 for a win on a straight up bet, yet there are 37 numbers on the board, so the fair payout should actually be 36:1. They can’t do this though, because if they did they wouldn’t make any money.

If you put £1 on every single number on the board then one of your bets would definitely win, but the rest would definitely lose. So you would lose £36 out of £37 staked but win one bet a 35:1 returning you a total of £36. That means you are £1 down.

To work this out as a percentage loss we would…