There are more options for online casino game players than ever before, with new game types and variations on old classics galore creating an extremely diverse virtual casino floor that has something for everyone.

If you don’t already have a go to favourite it can be difficult to know where to start, but none of the games take much effort to learn and all can be played through your browser, load quickly, and are great fun.

Some of the most popular options are covered in brief below: 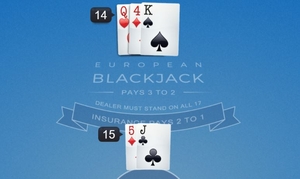 An old classic, also known as 21, the object of the game is to build a hand that totals as close to 21 as possible without going over. You can ask for more cards if your starting hand is low, but you can also choose to stick if you think the risks of going bust are not worth taking.

So long as you beat the dealer’s hand and don’t go bust your hand is a winner and pays out 1:1, or 3:2 if you are lucky enough to be dealt bang on 21. Some blackjack games also come with side bets. 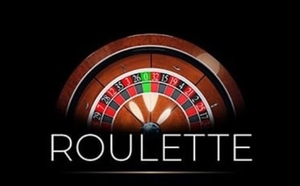 Possibly the easiest game in the casino to pick up, a game of roulette is a bet on the spin of a wheel. You have numerous betting choices, some riskier than others but also with higher payouts if you win, so all eyes will be on the white ball pinging around the wheel.

There are 37 individual numbers to bet on, each coloured either black or red, but you can also make bets that cover several numbers with a single chip, although most people start by making even money bets like red or black which cover approximately 48% of the wheel. 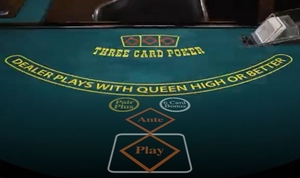 Although this is a game of poker, it is played against the dealer and not against other players. After an ante bet is placed, 3 cards are dealt face up to the player and 3 face down to the dealer. The player must decide whether to play the hand, which costs another bet of the same value as the ante, or to fold.

If they play on then the dealer’s hand is revealed. The dealer must have at least Queen high to qualify; if they do and the player wins then both bets are paid out at 1:1, but if they don’t then only the ante bet is paid out at 1:1. 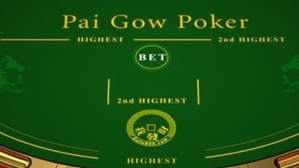 Pai Gow can refer to a game played with Chinese dominos, but we are talking about the poker game. It’s played with a 52 card deck plus a single joker, and the player must beat the dealer with both their big 5 card hand and their small 2 card hand to win the bet.

Each player is dealt 7 cards which they must split up into a 5 card hand and a 2 card hand, and the 5 card hand’s rank must be better than that of the 2 card hand. If both hands beat the dealer’s hands the player wins the bet at the odds of the hands they have, if they lose both they lose the bet, but if they win one and lose the other then the result is a push, which makes this a slower paced game. 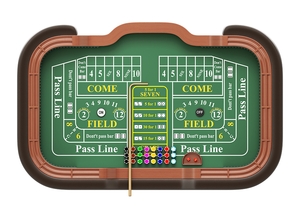 Probably one of the more intimidating casino games out there because the board and rules seem complicated, Craps is played with dice and players can enter the betting at any stage in the game. The object is to roll a number, called the point, and then roll that same number again before a seven is rolled. It’s often seen as a game within a game once a point has been established.

It is possible to bet on all aspects of the game so it can be a bit manic, and players tend to stand around the table rather than sit. This game was often played on the street with people betting against each other but in a casino you bet against the house. 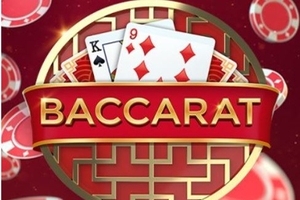 Another very simple card game and a favourite of James Bond, baccarat is simply a bet on whether you think the bank or the player will win, or whether the game will be a tie. The whole game is played by the dealer, who deals two cards to each hand, with the hand closest to 9 being the winner. Face cards and 10s have a value of zero, and any hand that goes over a total of 9 has 10 subtracted from the total, so a hand of 18 would become a hand of 8, for example.

Winning bets pay 1:1, but winning bets on the Bank are charged a 5% commission. Winning bets on the tie pay out at 8:1. There are a few different versions of baccarat, some allowing the player to make their own decisions, while others draw cards to strict rules that cannot be changed. 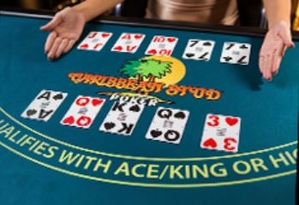 Another poker variation played against the house, Caribbean Stud Poker requires the player to beat the dealer with their best hand from 5 cards. The ante bet is placed, the player’s cards are dealt face up and all but one of the dealer’s are dealt face down. If the player likes their chances they can place a call bet to continue the game, or they can fold if not. The call bet is double the value of the ante.

Once the call bet is placed the dealer turns over their remaining cards and the winning hand is decided. The dealer needs a hand containing an Ace and a King or any pair to qualify, in which case a player’s winning hand will pay out on both bets at 1:1, if not, only the ante is paid out with the call being a push. 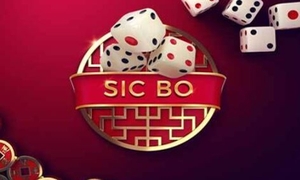 You can also bet on specific doubles and triples as well as any triple, and the option to bet on the total number being low or high also exists. There is no skill or strategy to Sic Bo, it is all about the luck of the dice, and obviously the riskier bets have higher payouts. 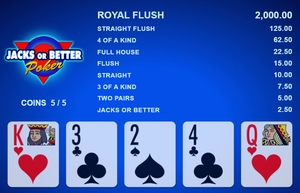 There are countless video poker variations, but although the specifics of the rules and payouts might differ slightly, the game itself is played in the same way. Using a single virtual deck of cards, the player is dealt 5 at random and has to create the best poker hand possible. There is no one to play against, it is simply a case of building a winning hand.

The player can hold any cards they like and replace any that they don’t – they can even replace all 5 cards if they want to. They only have this opportunity once per game though, so after replacement cards have been dealt they will either have a winning hand or a losing hand, and the game resets. 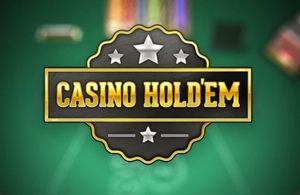 If they place the call bet, two further cards are dealt to the middle of the table and the dealer’s hand is turned over. The dealer must qualify with a pair of 4s or better for the call bet to pay out (assuming the player’s hand is stronger), otherwise only the ante is paid out and the call is a push. 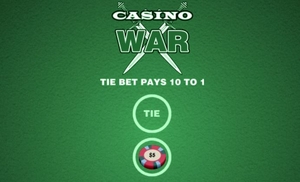 Usually played with 6 standard 52 card decks, casino war is probably the easiest card game you can find in a casino. The player and the dealer are dealt one card each, and whoever has the highest card wins the bet. That’s it. The only difference comes when there is a tie, at which point the player must either surrender and lose half of their bet or go to war and double it. 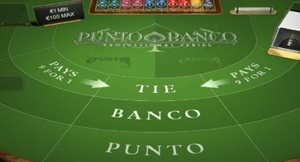 This is the most common baccarat variation in UK and US casinos, and it is played using rules as to when a third card is dealt. This means the player has no choice in the matter. Essentially, for the game to end after the first cards are dealt either the player or the banker needs a hand of either an 8 or a 9, so if this has not been achieved after the first two cards the game continues.

If the player has 0-5 they draw a 3rd card, but if they have a 6 or a 7 they stand. If the player stands the banker acts by the same rules, but if they drew a third card the banker has more complicated rules to follow. After this the result of the game will be decided.